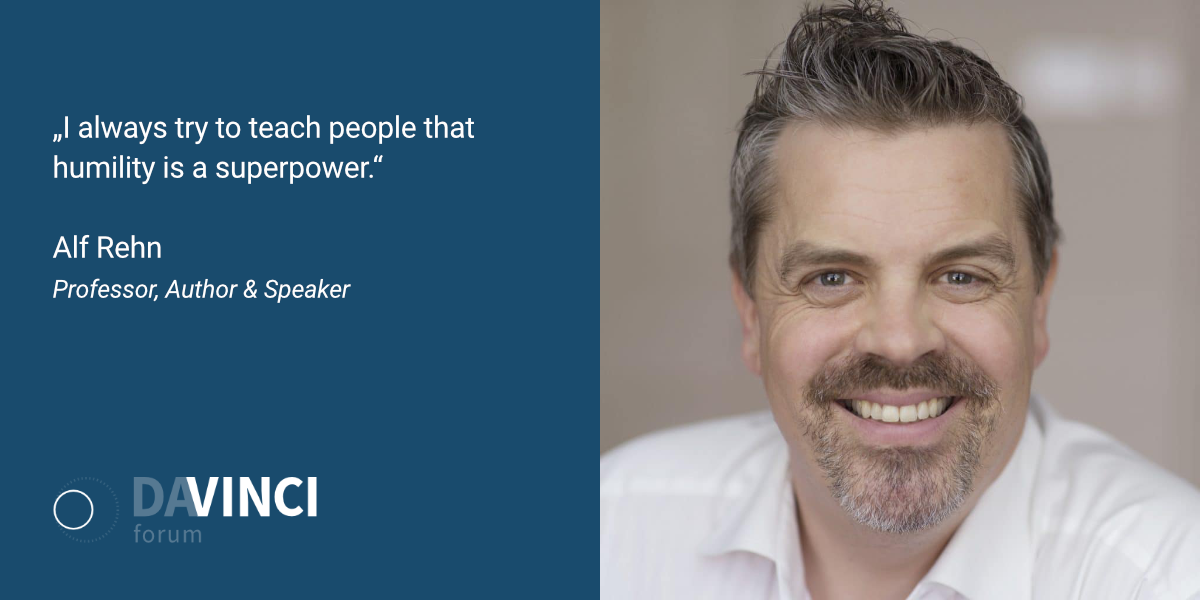 What is the biggest mistake organizations make when it comes to (real) innovation?

Man, how long do you have? This is something I could talk about for hours and days… There are many mistakes organizations make, but I believe the most critical one is that they often think that they know from whence innovation will come. What I mean by that is that many organizations have strong, preconceived notions about just who in the organization is “creative” or “innovative”, and thus tend to listen to these and only these people.

Whilst I slagged off Beuys in a previous question, he still recognized that everyone can contribute, everyone can bring something to the party. What I have found, time and time again, is that organizations tend to forget this fact, and that internal politics and the human tendency to put people in boxes leads to a situation where very few ideas are actually heard, discussed and nurtured. Whilst it is true that not everyone may have the capacity or energy to turn a fledgling idea into an innovation, it is also true that the ideas for innovations can come from very surprising places, if there are leaders in place who are prepared to listen to them.

I have a friend who is a CEO in a major, listed real estate firm. Every year, when the new summer interns join (young students, normally), he makes sure to eat with them and listen to their ideas and observations about the company. On one such lunch, a student suggested a whole new kind of online portal for the company, and my friend took the idea to his executive team, where it immediately got turned down as “impossible to realize”. My friend then made sure to create a small team of interns and coders, told them to get on with it, and showed off a functioning prototype to the executives who had declared the idea impossible just a week later.

That is the biggest mistake organizations make: not listening to all the ideas that exist in the organization, and believing that new things are simply impossible to do. So my advice to CEOs tends to be rather simple. Shut up and listen, and once you’ve listen, try. It’s not rocket science.

You advise many executives. What skills will leaders need in the future?

The short answer: I don’t know, and neither do they. I mean, I could do what many others do and spout vague phrases like “ambidextrous thinking” or “a learning mindset” or something similar, but that to me is a cop-out. The great challenge is that no matter how we frame it, the future is going to surprise us, and no manner of preparation can ever undo that.

There are of course some things that one can be pretty certain about. It is unlikely that technology will matter less in the future than it does today, and developments such as in the field of AI have a big likelihood to impact business success in the years and decades to come. More interesting than this, however, are the unknown unknowns. No-one really expected that “capacity to adapt to a global pandemic” would be such a critical skill, nor that “leadership in a time of war in Europe” would. Now, it is of course easy to infer from this that leaders need to have an awareness of pandemics and wars to be successful in the future, but to me that is just plain wrong. No, the thing to think about is the next shock to the system, the one we haven’t seen yet and which will surprise us just as much. There is no way to fully prepare for it, as it will be the thing we cannot even imagine today, so instead leaders need to consider many futures, even quite impossible ones, just to keep their minds flexible and alert.

Leaders need to consider many futures, even quite impossible ones, just to keep their minds flexible and alert. Klicken Sie um zu Tweeten

To this comes the one thing that will be everyone’s problem – our ecological crisis. We are already running very low on several critical resources, including such basic stuff as sand (Yes, really! The kind used in e.g. construction is in low supply.) and water. Extreme weather events are becoming the new normal. No executive can turn a blind eye to this, as our future success to a great degree will be determined by whether we can make our existence on this planet sustainable.

The Renaissance, Leonardo’s era, owes many of its great achievements to the rediscovery of ancient knowledge. Are we living today in a time that also needs more retrospection and humility than a rigid, forward-looking innovation imperative?

I am and have always been a great fan of studying and understanding history, as well as thinking about the manner in which societies are established and develop. I believe that an understanding of fields such as anthropology and social history can be as important for innovation as technology and organization theory. Further, I always try to teach people that humility is a superpower – including humility with regards to what we can know about the future.

When it comes to the Renaissance, I think that it was a glorious era not just for the love shown to ancient knowledge, but also that it was an era of exploration and experimentation. What I believe makes Leonardo such an amazing character, and why I think we’re still so drawn to him was not just that he mastered ancient knowledge but that he had a playfulness to his work. He painted great masterpieces, but he also created toys and whimsical things.

So yes, we should humble ourselves and look back to other eras, but we should also retain that spirit of exploration and fun. Let us not forget that the Renaissance also gave us Erasmus of Rotterdam, whose In Praise of Folly so aptly skewered the superstitions and flawed assumptions of his age. Today, in an age of conspiracy theories and partisanship, this kind of humorous genius is needed more than ever.

Thank you very much, Alf!
→ Part 1 of the interview

Alf Rehn is professor of innovation, design and management at the University of Southern Denmark. In addition to this he is active as an author, global keynote speaker, and a strategic advisor. His latest books include “Innovation for the Fatigued” (2019) and the edited “Debating Innovation” (forthcoming 2022).